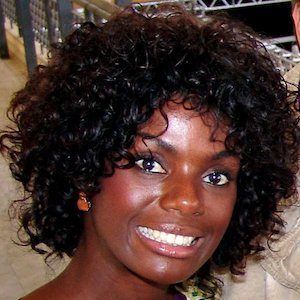 Rose to fame for her role as Palmira in the television series Celebrity. She went on to play Morena in Two Faces and Paula Rivera in the series Carrossel.

She made her acting debut in the 2002 television series Turma do Gueto.

Her first film acting role was in the 2009 feature The Assailant. She followed in 2010 with a role in O Último Voo do Flamingo.

She married French chef Olivier Anquier in 2010. They gave birth to their first child in 2016.

She joined Ana Victoria Zimmermann and Aysha Benelli in the cast of Carrossel.

Adriana Alves Is A Member Of