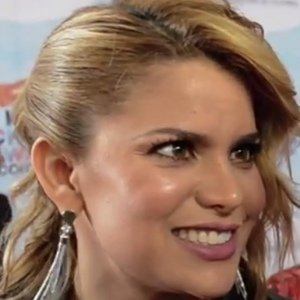 Colombian porro singer, songwriter and composer who has been making music for over 20 years. She released her first album, 'Enamorate Como Yo', at the age of 14.

When she was 11 years old, she was asked to perform the song 'El Jerre Jerre' at a family friend's party. The composer of the song, Rafael Escalona, was present - after hearing her perform, he asked if she would be interested in recording it as an album.

In 2013, she was a mentor on the dance competition show La Pista.

Her husband is dentist Felipe Buitrago. In 2012 they gave birth to a son, Solomon.

In 2013 she released the song 'Cedro' featuring Antonio Carmona.

Adriana Lucía Is A Member Of