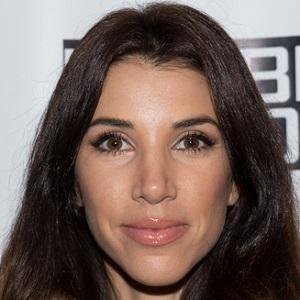 Television personality best known as the host of entertainment news shows Access Hollywood and Good Day L.A.. In 2007 she began her stint as the host of the Fox reality show On the Lot.

She graduated from the University of Colorado with a degree in Broadcast Journalism in 2003.

She had an acting role as Veronica in the short film Red Roses.

Her birth name is Adrianna Heber. Her mother is Anita Garza.

She was the entertainment reporter for the Robin Meade-hosted CNN show Robin & Company.

Adrianna Costa Is A Member Of