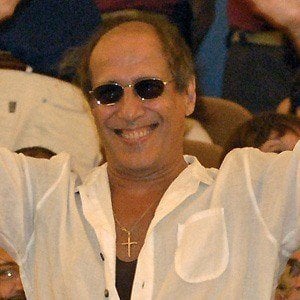 Italian singer and songwriter who was one of the best-selling Italian artists of his time.

He directed and starred in a number of Italian films in the 1970s and part of the 1980s.

He grew up in Milan on Vis Gruck and later paid tribute his home with the song "The Boy From Gluck Street."

He was greatly influenced by the work of Elvis Presley.

Adriano Celentano Is A Member Of