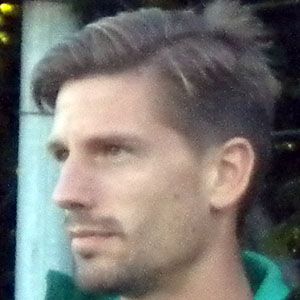 Portuguese midfielder who has been a standout player for clubs like Sporting CP, with whom he won two Portuguese SuperCup titles. He has earned more than forty caps for the Portuguese national team.

He began his youth career with Bordeaux in 1994.

He was named Sporting CP Footballer of the Year in 2013.

His mother is French and his father is Portuguese.

He has been teammates with Fredy Montero in Sporting CP.

Adrien Silva Is A Member Of