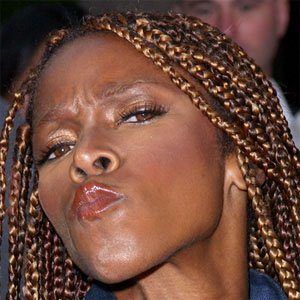 Actress who has appeared in television shows including A Different World.

She hosted fitness reality show From Flab to Fab on VH1.

She starred in an episode of The Fresh Prince of Bel Air alongside Will Smith.

Adrienne-Joi Johnson Is A Member Of