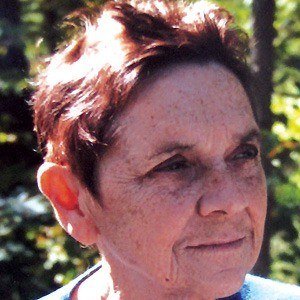 Award-winning feminist poet who is remembered for such works as Diving into the Wreck and The Fact of a Doorframe. She received the National Book Award, the Griffin Poetry Prize, and the Bollingen Prize.

She taught at Rutgers University and Cornell University.

She had three children with her husband Alfred Haskell Conrad. After Conrad's death by suicide, Rich had a long-lasting romantic partnership with Jamaican novelist Michelle Cliff.

Her debut poetry collection, A Change of World, was selected by W.H. Auden as the recipient of the Yale Younger Poets Award.

Adrienne Rich Is A Member Of