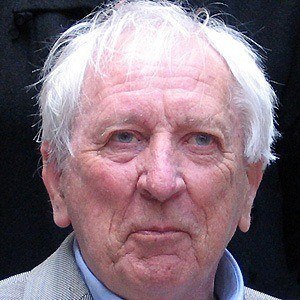 Swedish poet and Nobel Prize in Literature recipient whose well-known poetic works include The Sorrow Gondola, For the Living and the Dead, and Baltics. His friend and fellow poet, Robert Bly, translated many of his poetic works into English.

He published his debut poetry collection, Seventeen Poems, in 1954.

After graduating from Stockholm University, he worked as a psychologist for juvenile criminals.

He was raised in Stockholm, Sweden by a schoolteacher mother. He married Monika Bladh.

He won the Nobel Prize in Literature two years after Herta Muller earned the same honor.

Tomas Transtromer Is A Member Of