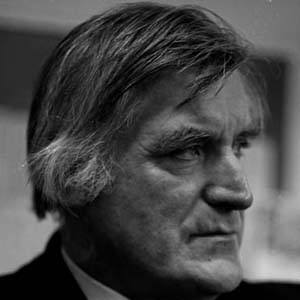 English Poet Laureate whose most famous works include The Hawk in the Rain, Crow, and Birthday Letters. He also translated numerous works, including Frank Wedekind's Spring Awakening and Federico Garcia Lorca's Blood Wedding.

He was raised in the English farm region of Calder Valley and later studied at Pembroke College.

He was best known as a poet, but he also worked in the theatre and won prestigious awards for his children's literature.

He was famously married to American poet Sylvia Plath, with whom he had two children. Seven years after Plath's much-publicized suicide, Hughes married Carol Orchard.

He and artist Leonard Baskin collaborated on The Life and Songs of the Crow.

Ted Hughes Is A Member Of