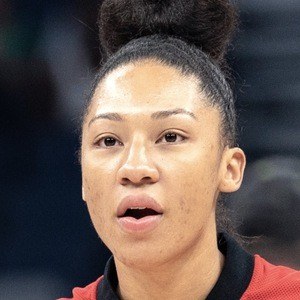 WNBA forward who was taken fifth overall by the Dallas Wings in the 2016 WNBA Draft. She played college basketball at Michigan State University.

After playing at Detroit Country Day, she enrolled at Michigan State, but missed her first season with an achilles injury.

While in college, she became the first player in school history to be named to the All-Big Ten First Team three times.

She was born to Juan and Cecilia Powers.

Breanna Stewart was the first overall pick in the 2016 WNBA Draft.

Aerial Powers Is A Member Of