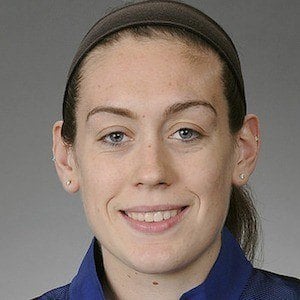 WNBA and Team USA forward who spearheaded the UConn women's basketball team that won four consecutive titles from 2013-2016. She was named the Naismith College Player of the Year three times.

She played for her high school basketball team while she was still in eighth grade. She was the Naismith Player of the Year in 2012 and a McDonald's All-American selection.

She was the first overall pick of the 2016 WNBA Draft by the Seattle Storm. She won a FIBA World Championship with Team USA in 2014.

She is the daughter of Heather and Brian Stewart, and has two brothers named Conor and Alex. She and fellow basketball player Marta Xargay got engaged in May 2021.

Breanna Stewart Is A Member Of