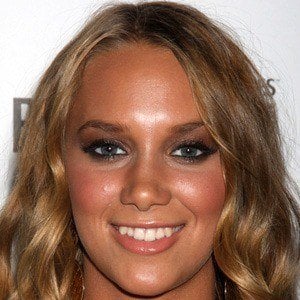 Swedish singer who rose to fame after winning the second season of Swedish Idol. Her single, "Release Me," gained international acclaim.

She sang in her school choir and took voice lessons before auditioning for Idol in 2005 at the age of seventeen.

She competed in Melodifestivalen 2009, a large music competition, and came in eighth place overall.

She got engaged to singer Vincent Pontare in 2013.

She has frequently cited Stevie Wonder among her musical influences growing up.

Agnes Carlsson Is A Member Of