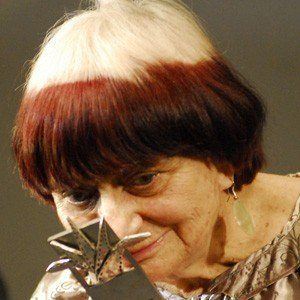 Director whose work dealt with issues of feminism, such as 1962's Cleo from 5 to 7.

She worked as the official photographer for the Theatre National Populaire in Paris.

Her documentary-style feature film Vagabond/Without Roof or Rule won her the Golden Lion at the Venice Film Festival in 1985.

Her father Eugene came from a family of Greek refugees from Asia Minor. She had two children named Mathieu and Rosalie.

She was one of the five people who attended the burial of Doors frontman Jim Morrison.

Agnes Varda Is A Member Of