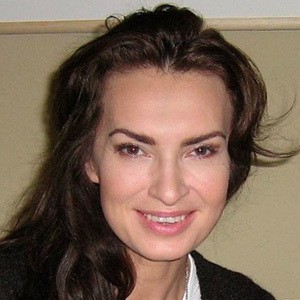 Model who worked with some of the most prominent designers of the modern era, such as Pierre Cardin, and appeared as the face of brands like Van Cleef & Arpels. She has also served as the host of several Polish television shows, including Metamorphosis Fashion Cafe and Little Black.

Her career took off in the early 90s, when she began appearing on catwalks in Paris and Milan.

She briefly branched out into music, releasing the album 5:30 Marrakech (1996).

She married photographer Robert Wolański in 2010. She has children named Michael and Helena.

She has worked with designer Karl Lagerfeld.

Agnieszka Maciąg Is A Member Of