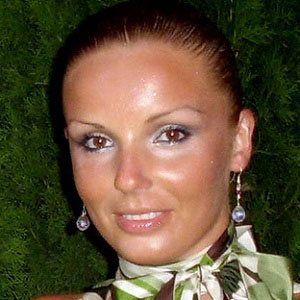 Famous as both an actress and a pop singer, Wlodarczyk appeared in the 1997 Polish film Sara; the early 2000s soap opera Plebania; and the late 1990s television series 13 Posterunek, and went on to record a 2007, Gold-certified album titled Nie Dla Oka.

Before beginning her screen acting career, she made her professional stage debut in a production at Warsaw's Studio Buffo theater company.

She was a contestant on several reality television programs, including the Polish versions of Dancing on Ice; Dancing with the Stars; and Soapstar Superstar.

Born to Anna Stasiukiewicz in Slawno, Poland, she spent her youth in Warsaw and several other Polish cities.

She is a contemporary of fellow Polish actress Weronika Rosati.

Agnieszka Wlodarczyk Is A Member Of