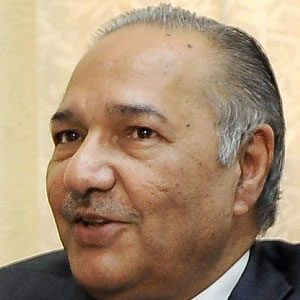 From 2008 to 2012, this Pakistan Peoples Party politician served as Defence Minister of Pakistan. Then, from 2012 to 2013, he held the office of Minister for Water and Power.

Before beginning his political career, he studied plastic technology at a university in Germany and management at a college in California, U.S.A. In addition, he graduated from Forman Christian College University in his native Pakistan.

During the 1990s, he held a Commerce Minister position under the government of Benazir Bhutto.

He grew up in an Islamic family in Lahore, Pakistan. His marriage produced three children.

He was forced to step down as his country's Defence Minister after Pakistan's Prime Minister at the time, Yousaf Raza Gillani, was ousted by the Supreme Court of Pakistan.

Ahmad Mukhtar Is A Member Of