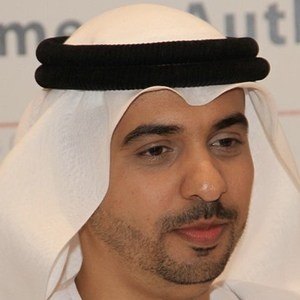 Nasheed singer and businessman whose more than half a dozen albums have sold hundreds of thousands of copies throughout the UAE. He is particularly known for his breakout albums Entasaf Al-Layl and Al Quds Tunadeena.

He graduated from Al Ain University of Science and Technology in 1999 and a year later released his debut album.

At 29 years old, he became the CEO of Promax ME, a public relations company.

He was the fifth child of ten born to businessman Abdul Rahman Bukhatir. His older brother, Salah, is the vice chairmen at Bukhatir Group.

Performing at the Holy Qura'an competition in 2002, he appeared in front of prime minister Mohammed Bin-rashid Al-maktoum.

Ahmed Bukhatir Is A Member Of