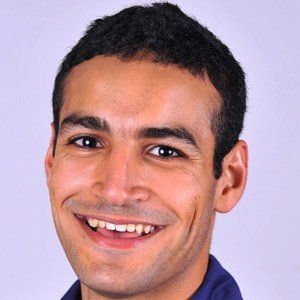 Swimmer with a double arm and leg deficiency; competed in his first Paralympic Games in 2012, in the 50 meter breaststroke as a member of the Australian team.

Before focusing solely on swimming he played Australian rules football without the use of prosthetic arms.

At the 2010 Australian National Championships he set a world record time for the 100 meter breaststroke; he then broke his own record the next year.

He and his brother - who has the same physical ailment - spent most of their childhood in a Mother Theresa Orphanage in Baghdad, until they were adopted by Moira Kelly in 2000.

He and fellow Australian swimmer Ian Thorpe both became proud representatives of their country in international competition.

Ahmed Kelly Is A Member Of