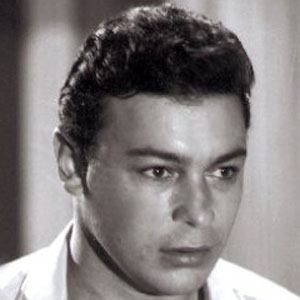 Egyptian movie actor who rose to prominence during the middle of the 20th century. He appeared in the 1959 film, Forever Yours and the 1971 film, Adrift on the Nile.

He received his first movie role in Our Best Days in 1955.

He acted in nearly 60 movies over the course of his career.

His father worked as a university professor while he was growing up.

He starred alongside actor Omar Sharif in the 2010 TV series, Hanan W Hanin.

Ahmed Ramzy Is A Member Of