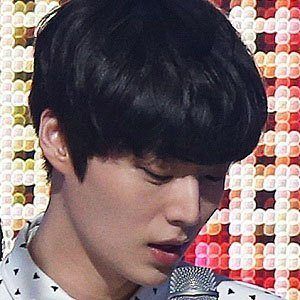 South Korean actor who rose to popularity with his role as Cheon Yoon-jae on the series My Love from the Star. He is also an in-demand model who has been featured at events like the Korea Heritage Fashion Show and the Fall/Winter Seoul Fashion Week.

He broke into the entertainment industry as a fashion model in 2009.

He appeared with actor Joo Won in the 2014 film Fashion King.

Ahn Jae-hyun Is A Member Of