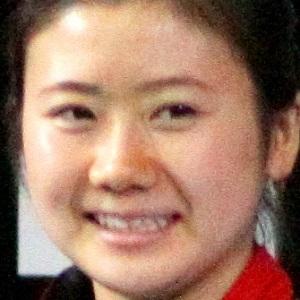 She first started playing table tennis when she was three years-old and turned professional when she was only ten.

She became the highest-ranked Japanese female player on the ITTF World Ranking list in 2005.

She was born in Sendai, Miyagi, Japan.

She earned an Olympic medal at the 2012 Olympic Games just like Michael Phelps.

Ai Fukuhara Is A Member Of