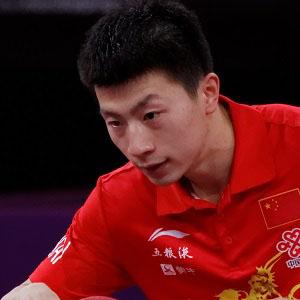 Famous as the winner of numerous Asian Table Tennis Championships and International Table Tennis Federation World Tours, this Chinese professional ping pong player was ranked second in the world in his sport at the end of 2014.

Although he was frequently rated the number one ping pong player in the world during the years 2010, 2011, and 2012, Long lost his chance to compete in the 2012 Olympics as a result of upsets in the International Table Tennis Federation professional tour.

He was born and raised in Anshan City in China's Liaoning Province.

He and Deng Yaping are both world-renowned Chinese table tennis players.

Ma Long Is A Member Of