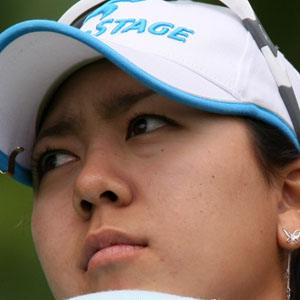 Women's golfer who was the #1 ranked golfer in the Women's World Golf Rankings in 2010.

She won her first LPGA of Japan Tour event while still in high school.

As a result of her golfing success, she landed lucrative endorsements deals with companies like Honda, Japan Airlines, and Oakley.

She followed in the footsteps of Hollis Stacy to become one of the world's top female golfers.

Ai Miyazato Is A Member Of