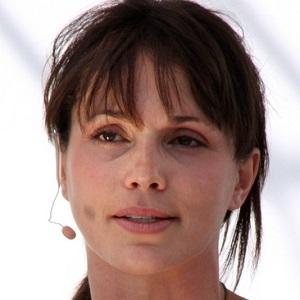 Though she also published a cookbook titled Keys To The Kitchen and edited an online food journal called CHOW.com, this California-based eclectic cuisine chef is perhaps best known for hosting the Food Network program Ask Aida and the Cooking Channel series FoodCrafters.

She worked at several famous Southern California hotels and restaurants, including the Hotel Bel-Air and Chez Melange.

She and her siblings, Ivy and Christophe, grew up in Los Angeles, California, in a family of Italian and French heritage.

She and Kelsey Nixon both hosted popular Cooking Channel and Food Network series.

Aida Mollenkamp Is A Member Of