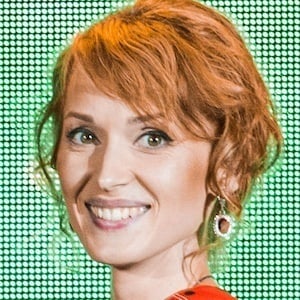 Ukrainian singer and model known for her album My Pod Odnim Nebom. She also won season three of The X-Factor in Ukraine.

She was working as a teller when she initially auditioned for X-Factor.

She performed in her school choirs growing up and even spent time as a backup singer.

She was born to Iryna Munika and Yurii Titaiev in the Ukranian USSR. She has a son named Maksim.

Thomas Anders served as a judge during season three of X-Factor.

Aida Nikolaychuk Is A Member Of