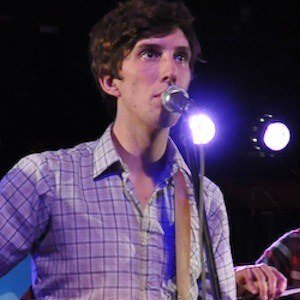 Folk singer and songwriter known as being the namesake and lead singer for the eponymous experimental Canadian folk band. He has also performed with various other folk and indie rock bands, including The Zolas and Hannah Georgas.

He began his music career as a back-up musician. He played the drums and bass, before moving to guitar.

In 2010, he released his debut album, Veriscolour. It featured 9 total songs, all written and arranged by him.

He was born and raised in Victoria, British Columbia, Canada.

He has performed and recorded with Dan Mangan.

Aidan Knight Is A Member Of