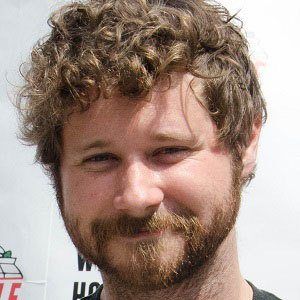 Canadian indie folk singer and guitarist who began receiving major acclaim with the release of his 2009 album Nice, Nice, Very Nice. He has received a number of high-profile awards, including a Juno Award for Alternative Album of the Year for 2011's Oh Fortune.

He started a band called Basement Suite at age 16 and later attended the University of British Columbia. He recorded his first EP, All at Once, at age 20.

He earned a Canadian Screen Award for Best Original Song for "Wants," which was featured in the 2014 film The Valley Below. In addition to his music career, he has been a contributing writer for publications like The Guardian and Huffington Post Canada.

He married actress Kirsten Slenning and has a son named Jude.

He has shared the stage with the likes of Lucinda Williams and Neutral Milk Hotel's Jeff Mangum.

Dan Mangan Is A Member Of