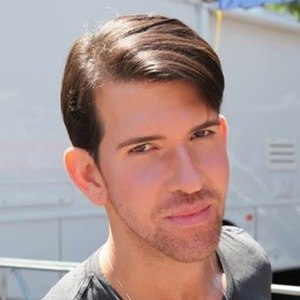 American pop singer and songwriter who is best know for his hit single "Worlds Away" which he released in 2011. He is also known for launching his own record label Ashea Records which specializes in pop and dance singles.

He attended the School for Creative and Performing Arts in Cincinnati, Ohio. After graduation, he moved to New York to pursue a career in music. He earned recognition playing several clubs such as the Palladium and the Tunnel in New York and released his debut single "Love to Hate You" in 2005.

He was honored with the Nightlife Best Male Vocalist award by Odyssey Magazine in 2012.

He posted a picture with Debra Messing at the Glaad awards ceremony at the New York Hilton to his Instagram in May of 2017.

Aiden Leslie Is A Member Of