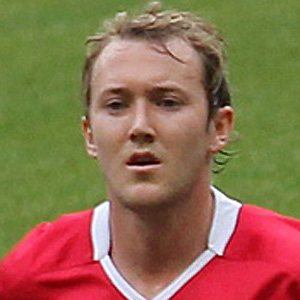 Irish winger who played for Celtic FC and Spartak Moscow before joining Everton in 2014; became part of Ireland's national team in 2004.

He joined the youth system of Celtic FC in 2001, making his senior debut against Hearts, where he scored a goal in the 17th minute.

His father John McGeady played professional soccer for Sheffield United and Newport County in South Wales. He married Claire Healey in 2013. They have one daughter, Kaya McGeady.

He became teammates with Arouna Kone on Everton in 2014.

Aiden McGeady Is A Member Of