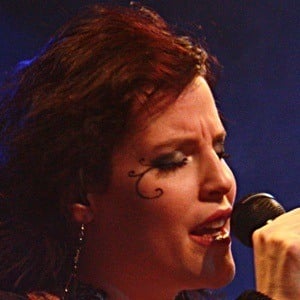 Spanish singer who first rose to fame competing on Spain's The X Factor in 2007. She then gained widespread success as the vocalist for the Norwegian metal band Sirenia. She departed from the band in 2016.

She began studying sofelge and classical singing at fifteen at The Albéniz School of Music. She didn't make her recording debut, however, until she became a member of the band Charm in 2003. Thereafter, she began pursuing a solo career.

She has heterochromia iridis. Her right eye is brown and her left eye is green.

She was born Pilar Giménez García in Barcelona, Spain. She is known artistically as Ailyn Giménez.

She competed against Angy Fernandez on the inaugural season of Spain's The X Factor.

Ailyn Is A Member Of