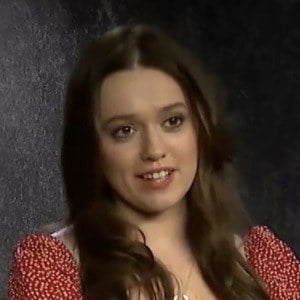 Actress who has risen to fame for her role as Aimee Gibbs on the Netflix original series Sex Education. She debuted during the series' 2019 debut season to critical acclaim.

She graduated from the Royal Academy of Dramatic Art in 2017. She debuted on stage in the UK tour of People, Places, & Things after graduation.

She has starred on stage at the National Theatre in London and Steppenwolf in Chicago.

She and Asa Butterfield have appeared together in the 2019 Netflix original series Sex Education.

Aimee Lou Wood Is A Member Of