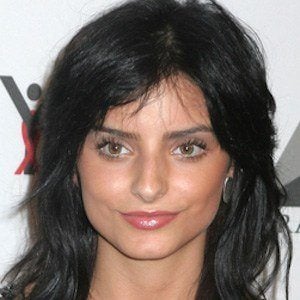 Actress and model known for her varied TV and film roles. She has appeared alongside Eugenio Derbez in various TV shows, including the sketch comedy series Derbez en Cuanto. In 2018, she began appearing in the Netflix series La Casa de las Flores.

She began her career as a model at age 15. She attended The Actors Studio in New York City, graduating in 2009.

In 2011, she starred in the MTV series Bad Girls. She has also appeared in music videos, including "Estuve" and "Se Me Va La Voz" by Alejandro Fernandez.

She was born and raised in Mexico City, Mexico. She was married to Mauricio Ochmann from 2016 to 2020. They welcomed a daughter together named Kailani in 2018.

She starred alongside Gina Rodriguez in the 2019 movie Miss Bala.

Aislinn Derbez Is A Member Of