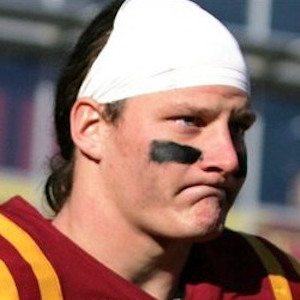 Two-time All-Big 12 linebacker was drafted in the fifth round by the Carolina Panthers in the 2013 NFL draft.

His 287 tackles and two state titles at Kimberly High School led to a scholarship offer from Iowa State University.

He had a dominating 2011 season at Iowa State University, where he earned Big 12 Co-Defensive Player of the Year and All-Big 12 honors.

He was born to parents Jean and Leonard Klein.

He had the first start of his NFL career when linebacker Chase Blackburn suffered an injury during week 10 of the 2013 season.

AJ Klein Is A Member Of