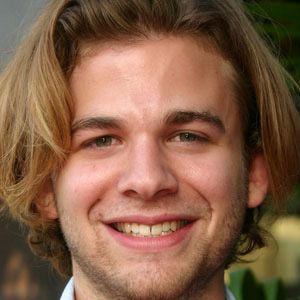 Actor on the television series Even Stevens who also became known for being in a band with his brothers.

His first job as an actor was a role in Search for the Jewel of Polaris at age thirteen.

He guest starred on the TV series Numb3rs and Bones.

He has two older brothers named Chris and Pete. In 2014 he married actress Leah Pipes.

He was in Even Stevens with Shia LaBeouf.

AJ Trauth Is A Member Of