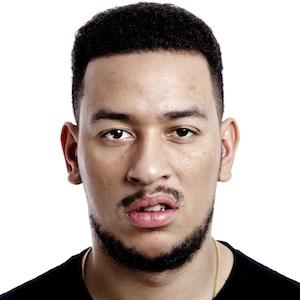 Decorated recording artist who was named the Best Hip Hop and Best Male of 2012 in South Africa. He has been nominated for Channel O Music Awards and has won South African Hip-Hop Awards as well as Metro FM awards.

He burst on to the scene in 2005 after being nominated for a Kora Award while performing with the hip hop group Entity.

From his album #Levels, he released what was called the #1 Best Video in Africa. He was named South Africa's Hottest Urban Artist of 2013.

He was born Kiernan Forbes in Cape Town, South Africa. He has a daughter named Kairo with DJ Zinhle.

Aka Is A Member Of