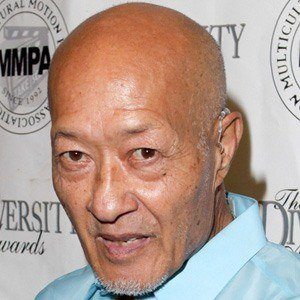 American actor and singer best known for his roles on Babylon 5 and the 1984 version of the television series V.

His first television role was in the Producer's Showcase as Ong Chi Seng.

He was born in Port of Spain, Trinidad, West Indies (present-day Trinidad and Tobago).

He appeared on a 1958 episode of You Bet Your Life with Groucho Marx.

Aki Aleong Is A Member Of