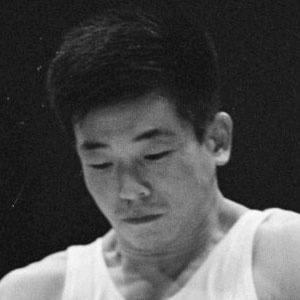 Japanese gymnast and Olympic gold medalist who won four golds, one silver and one bronze medal at the 1968 Summer Olympics.

He went to school at Chukyo University in Nagoya, Japan.

He became the vice-president of the Japanese Gymnastics Federation after retirement.

He was raised as the only child in a middle class family in Nagoya, Japan.

He won 4 gold medals at the 1972 Olympics, where swimmer Mark Spitz won a remarkable 7.

Akinori Nakayama Is A Member Of