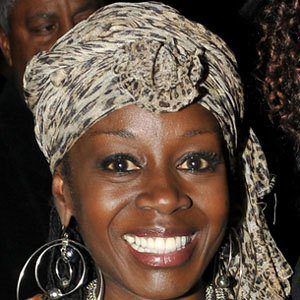 Ghanian-born film actress who appeared in the acclaimed film The Color Purple.

She studied at the University of Oxford.

She is the the daughter of Ghana's former Prime Minister and a royal Ghanian prince.

She married film director John Singleton in 1996. Together they had a daughter before divorcing in 1997.

Akosua Busia Is A Member Of