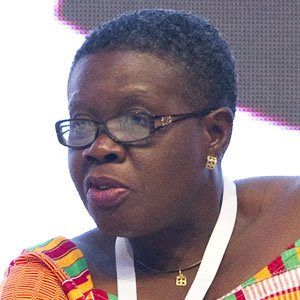 Journalist and political official who first became a member of the Ghana Parliament in January 2000.

She served as Electoral Assistant for the Electoral Commission of Ghana from 1979 until 1980 and was Chief Reporter for the Nigerian Reporter newspaper from 1983 until 1987.

She was married, divorced, and mothered three children.

She and Kofi Annan were contemporaries.

Akua Dansua Is A Member Of