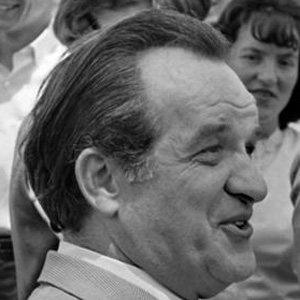 Cartoonist who is best known for his satirical, hillbilly-themed comic strip, Li'l Abner. His other comic strips include Abbie an' Slats and Long Sam, and he was the 1947 recipient of the National Cartoonists Society's Reuben Award for Cartoonist of the Year.

At age nine, he lost his left leg in a trolley accident and was encouraged by his father to develop his artistic talents as a kind of post-accident therapy. During his younger years, he attended several art schools in New England.

He was married to Catherine Wingate Cameron from 1932 until his death in 1979. He had two biological daughters (Julie Ann and Catherine) and one adopted son (Colin).

As a child, he enjoyed reading the literary works of Mark Twain.

Al Capp Is A Member Of