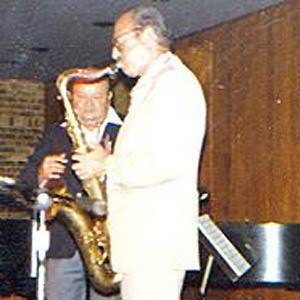 Member of Woody Herman's Second Herd in the 1940s who was also a prolific composer, a performer, and a recorder.

He grew up in Brooklyn and had his first big break when he met Woody Herman.

He performed on some of beat writer Jack Kerouac's recordings.

He was married to Marilyn Moore and they raised a son named Joe who also went on to be a jazz musician.

Cohn performed with Elvis Presley in the summer of 1972 at Madison Square Garden.

Al Cohn Is A Member Of