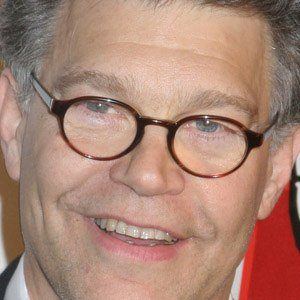 One of the original writers for Saturday Night Live who was elected a US senator from Minnesota in 2009. He is a prolific writer who has written several best-selling books including 1996's Rush Limbaugh Is a Big Fat Idiot and Other Observations.

Though he was mostly a writer on SNL he did perform several characters in front of the cameras including Stuart Smalley, a sweater-loving self-help guru, which spawned the 1995 film Stuart Saves His Family.

He has two children with his wife Franni Bryson Franken.

He was on the original season of SNL in 1975 with Dan Aykroyd.

Al Franken Is A Member Of