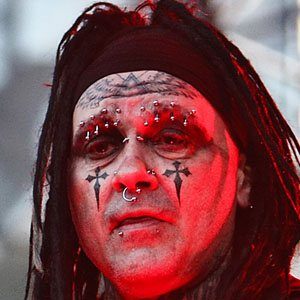 Musician most famous as the frontman for the influential industrial band Ministry. He has also produced records for bands like Skinny Puppy under the pseudonym Hypo Luxa.

He worked in radio before joining the band Special Affect.

He nearly lost an arm as a result of a spider bite.

His stepfather was a Formula One racing mechanic.

He was bandmates with former Ministry bassist Paul Barker from 1986 to 2003.

Al Jourgensen Is A Member Of