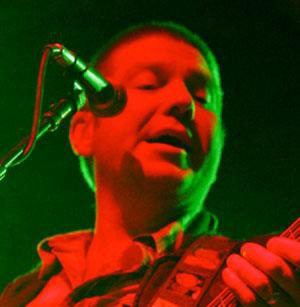 Guitarist for Moe, a New York-based jam band. A multi-instrumentalist, he performed on the mandolin and keyboard as well as on the acoustic and electric guitars.

He studied graphic art and philosophy at the State University of New York at Oneonta.

He was a founding member of Head Count, a voter registration organization.

The father of an autistic child, he supported an autism support association called The Kelberman Center.

He performed with a supergroup called Phil Lesh and Friends.

Al Schnier Is A Member Of