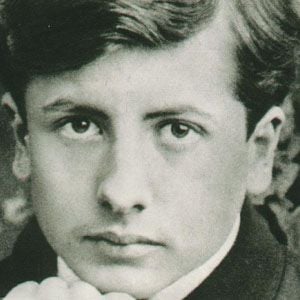 Born Henri-Alban Fournier and better known by his pen name of Alain-Fournier, this 20th-century French writer is best remembered for his classic 1913 novel Le Grand Meaulnes.

While serving in the French military during the early 1900s, he wrote and published several short stories, poems, and essays.

He worked as both a literary critic for the Paris-Journal and an assistant to French politician Casimir Perrier.

He and his sister Isabelle grew up in La Chapelle-d'Angillon and Paris, France.

His famous novel was adapted into a 2006 film starring Jean-Baptiste Maunier.

Alain-fournier Is A Member Of