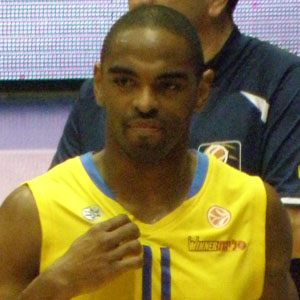 NBA guard/forward who entered the league in 2005 with the Charlotte Bobcats.

He played four years of college basketball at Michigan State before going undrafted in 2005.

He played in Italy, Russia, and Israel before solidifying his status in the NBA.

He was born to Dorisene Anderson and Jeffrey Harris.

He joined guard Demar Derozan on the Toronto Raptors in 2012.

Alan Anderson Is A Member Of