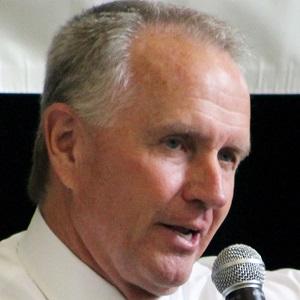 Former MLB catcher whose career spanned from 1973 to 1989; played for the Cleveland Indians and Toronto Blue Jays early in his career then spent his final 11 seasons with the Houston Astros.

He was selected in the 3rd round of the 1969 MLB Draft by the Cleveland Indians directly out of San Pedro High School.

He became the color commentator for the Toronto Blue Jays radio broadcasts in 2007, then in 2014, he joined the Houston Astros broadcasting team.

He was born and raised in Long Beach, California.

He played alongside Nolan Ryan on the Houston Astros.

Alan Ashby Is A Member Of