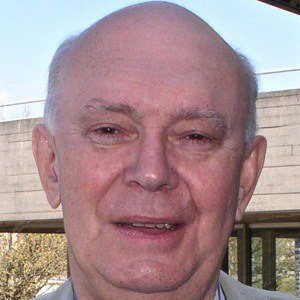 He was introduced to his future mentor, Stephen Joseph, while working at the Scarborough Library Theatre as a teen.

He served as director of the Stephen Joseph Theatre from 1972 to 2009.

He has one step-brother named Christopher.

He became England's second most performed playwright, after the legendary William Shakespeare .

Alan Ayckbourn Is A Member Of