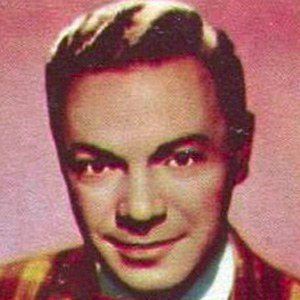 Radio disc jockey who was named the rising musical style of the '50s Rock 'n Roll.

To avoid the stigma of race on the popular rhythm and blues records he was promoting, he coined a new term for them.

The 1978 film, American Hot Wax, was based on his contributions to Rock n Roll.

He grew up in Windber, Pennsylvania.

He was in the 1978 movie American Hot Wax, a story about the early rock 'n roll era, alongside Chuck Berry.

Alan Freed Is A Member Of