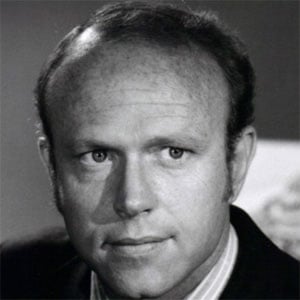 American character actor known for his appearance in the Columbo TV films and for his roles on Bodies of Evidence and 7th Heaven.

He studied Theatre at the University of Arizona and made his debut on the popular television series Gunsmoke, playing a bailiff.

He was part of the original Broadway cast of War and Peace in 1967.

He had two daughters and one son with his wife, Kathy Fudge.

He played Farmer Frank in an episode of How I Met Your Mother where he visited Alyson Hannigan's kindergarten class.

Alan Fudge Is A Member Of